Riley Ward is Dominic Pacifico’s latest slave. The master dominates and fucks him.

We miss the preparation and continue straight from the dungeon. Riley Ward is already fixed by strong handcuffs for the Saint Andrews’ cross. He is totally immobilized, as any slave must be. Dominic Pacifico can do whatever he wants, and he wants really bad things. If you’re wondering what the sadistic dude is about to do, we recommend watching some of his scenes. Don’t miss him in an extreme edging session with Tony Prower and Sebastian Keys. Don’t miss also Dominic with Sean Holmes.

Link
Like this video? Tap here to visit DominicPacifico.Com 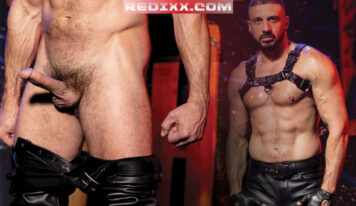