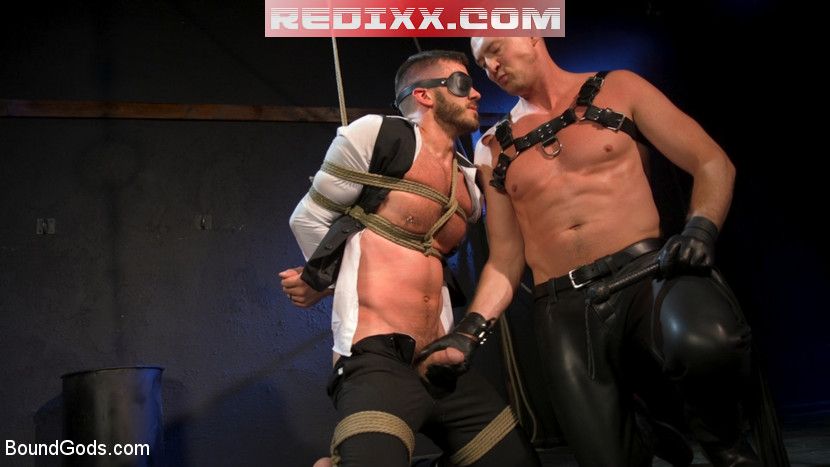 Don’t infuriate Pierce Paris because he’s going to make you suffer. You don’t believe us, ask Vander Pulaski who was beaten and fucked by Pierce. Of course, it’s just a fantasy created by the producers of Kink Men and Bound Gods. Pierce and Vander recreate two stepbrothers who have a long-standing love affair. Pierce never imagined that something like this happened, but Vander just told him he was getting married.

Pierce dresses his leather suit and grabs a big scourge, starting to whip his brother. Later, the whip is replaced by a wooden stick, because Vander Pulaski deserves a painful beating. To make the feeling even more memorable, Pierce attaches weights for Vander’s balls. Not long after Pierce spreads Vander’s cheeks and pushes his hard cock inside his stepbrother. After fucking Vander in the most disgusting and rude way, Peter wishes all the best to the future husband. 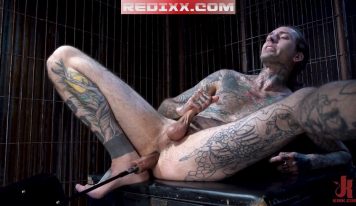 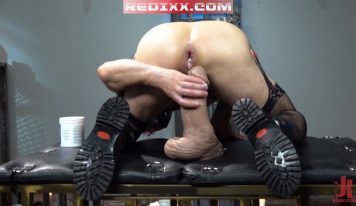 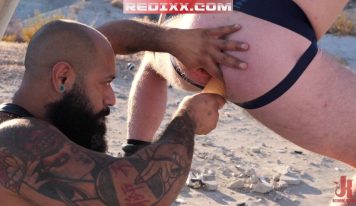